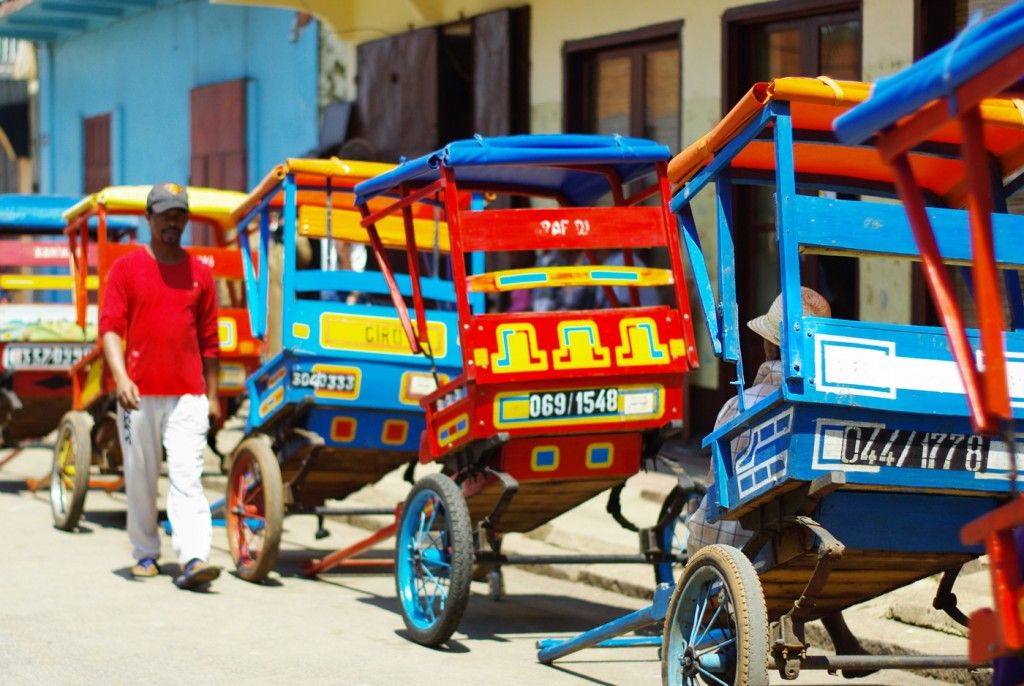 As soon as you arrive in Madagascar, it comes to your mind to know : what are the most typical means of transport in this remote island. At first sight, if you disembark from the capital's airport, nothing foreshadows such means as when you enter the small neighborhoods of the city of miles.

Early in the morning, you will still see the latest horse carts and if not apart from the hundreds of hand carts which help transport goods from market to market, you will see the presence of these small vehicles pulled by men. They are usually full with goods but at the origin, they were used to transport the dignitaries and nobles of the city.

With the arrival of European missionaries on the island, we saw the emergence of a fairly unique means of transport for the time. What if the nobles of the capital used the sedan chair to move from one place to another?. This mode of transport underwent a transformation with the arrival of the missionaries because, to facilitate transport and reduce the number of people lifting these heavy stretchers, they just decided to fix a single wheel in the central position. But despite that this new vehicle was, certainly, less heavy and required fewer people, became difficult to maneuver. It was then that they thought of adapting the same system as the Indian and Chinese rickshaws which were, moreover already established on the east coast of the island but had not spread to the heights.

So they, created the pousse-pousse. This vehicle which looked a lot like a rickshaw but of a more modest size and which could move quite easily in the alleys of the capital by the end of the 19th century until, again, today.

Its name does not come from the sedan chair despite its origin but simply comes from the fact that in the Tananarivian alleys, the passenger, usually, foreign missionaries, said to the one who was behind to help pushing on the climbs : push, push ! And from there comes this famous word still used until today : Rickshaw which is therefore the offspring of two ancient means of locomotion, the "filanzane" or sedan chair and the rickshaw.

Devoted to Madagascar, I'd like to inform and share the affluence of the island in all its depth, its personality, its character, its nature, its wealth and its Human value. With the knowledge and professional experience acquired since many years, listening and attention are my main watchwords in order to suggest you and to carry out a program entirely fits in with your expectations. Tel : + 261 32 43 606 96 – 34 16 570 86 WhatsApp et Viber : (+ 261) 32 43 606 96
PrevNext