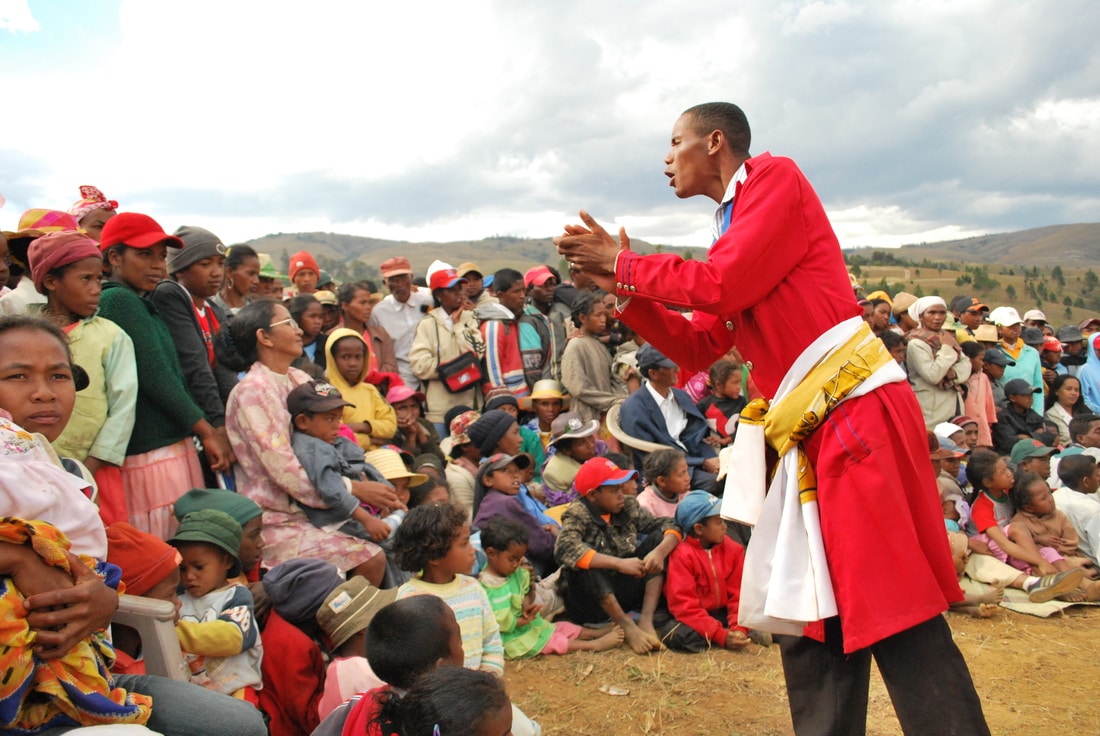 Since childhood, I am amazed by the eloquent people, whether in the gesture or in the word. For me, they are wise and learned.

For any event, Malagasy never derogates from these oratorical jousting sessions between two or more parties. It is called Kabary or by other names in other parts of the island.

The word Kabary comes from the Arabic word "kabar" which means "speech". But Kabary is no ordinary speech, because it is an oratorical form, spoken aloud, illustrated with counters, proverbs and maxims to charm an audience.

In its literary form, Kabary allows to keep and safeguard the language and terms specifically Malagasy, especially those unusual in everyday life, such as proverbs and maxims.

In Malagasy society, kabary is linked to important life events, like birth, the wedding, the death, etc. The cultural value of kabary is important in Madagascar and deserves to be preserved.

The person who recites a kabary is a "mpikabary" or "the one who does the kabary". This person is a convincing and trustworthy figure in society. He must have an oratorical talent and able to express pictorial ideas, attractive, highlighted, captivating, corresponding to realities and events and respecting the habits and customs as well as the social values ​​which are very important in Malagasy Kabary.

The kabary is one of the pillars, guardians of the oral and written linguistic tradition. No event could happen without a dignified and distinguished kabary.