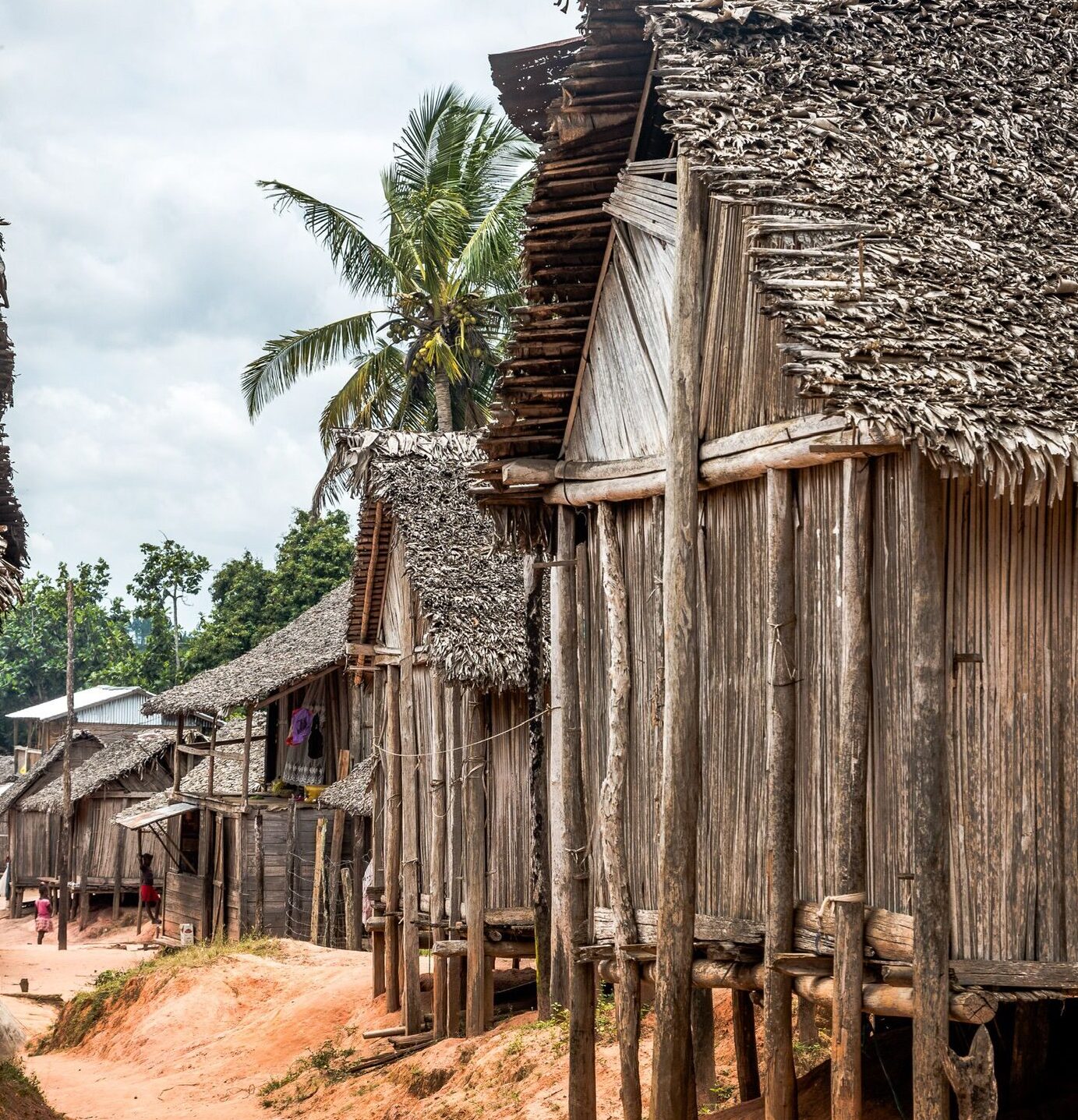 If we work for a moment on the origins of Malagasy architecture, you can quickly imagine a fairly close influence. By listing this architecture , I used precolonial graphics and descriptions in historical works. A small project then came, That of listing the traditional architecture of Madagascar, that which belongs to the pre-colonial period, of the time when the Madagascans only built with living materials such as wood, leaves and earth. Indeed before the Radama I reign, all the constructions on the island were essentially of vegetable matter because of the belief that the stone belongs to the kingdom of inert and death and therefore, only tombs and commemorative buildings were the only stone structures.

Malagasy architecture is strongly influenced by the origins and movement of each respective ethnic group. We have three main areas that correspond to each major original group, the Highlands, the eastern coast, including the South-East to the North of the island and finally the South and the entire West coast.

Generally, the architecture of the western part was mainly influenced by an African origin, using cob walls reinforced with an intertwined wooden structure and surmounted by a herb or dried palm roof. That of the highlands was influenced by Southeast Asia using wooden planks carved partially or fully and embellished with a bamboo or thatched roof. And the last structure is the one that runs along the entire east coast of the island of the Fort Dauphin Region to the northern tip of the island. It is generally on stilts and mainly uses bamboo, and a renter, reeds or palm trees.

Over time and the exchanges between them, these ethnic groups gradually tend to harmonize their architecture towards a more modern and European architecture.

Devoted to Madagascar, I'd like to inform and share the affluence of the island in all its depth, its personality, its character, its nature, its wealth and its Human value. With the knowledge and professional experience acquired since many years, listening and attention are my main watchwords in order to suggest you and to carry out a program entirely fits in with your expectations. Tel : + 261 32 43 606 96 – 34 16 570 86 WhatsApp et Viber : (+ 261) 32 43 606 96
PrevNext
1 Response